This album explores music for violin and piano composed by these three men and provides a glimpse into Finnish music before Sibelius’s rise to prominence. The repertoire ranges from Kajanus’s short miniatures to substantial virtuosic works by Pacius and Sibelius, most of which have not been previously recorded. The music has been collected, edited and performed by violinist Sebastian Silén and pianist Martin Malmgren. The majority of the works have been performed from the composers’ original manuscripts, some of which have been arranged by Silén himself.

The album constitutes part of violinist Sebastian Silén’s artistic doctoral work at the University of the Arts Helsinki’s Sibelius Academy." 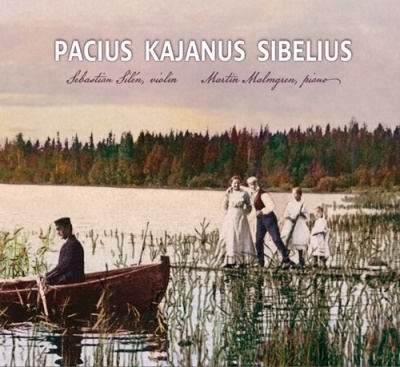