Duel (2cd)
Lucy Abrams-Husso
23,80 €
Julkaisija:
Siba Records
Asu:
CD-levy
Vuosi:
2022
In her debut solo album, Duel, clarinetist Lucy Abrams-Husso showcases eight rarely heard electroacoustic works for clarinet. Solo works by Elizabeth-Hinkle Turner (b. 1964), Molly Joyce (b. 1992), and Minna Leinonen (b. 1977) combine clarinet with pre-recorded and processed instrumental and vocal sounds. The artistic and sonic possibilities of the bass clarinet are highlighted in Jovanka Trbojevic’s (1963–2017) Le Fantôme du Vent, Carolyn Borcherding’s (b. 1992) Frenetic Disintegration, and Riikka Talvitie’s (b. 1970) Seireenietydi. The immersive sonic collage of Nina Shekhar’s (b. 1995) Honk if You Love Me transports the listener to an urban center of India, while Maija Hynninen’s chamber work Earthship is the sonic representation of a house that is designed to be completely in harmony with nature.

The composers featured in this album represent some of the most promising contemporary voices from the United States and Finland. Duel represents the musical meeting of the clarinet and electronics, as well as the cultural encounter between Lucy’s birthplace and her home since 2013. The album forms part of Lucy’s artistic doctoral work at the Sibelius Academy of the University of the Arts Helsinki. 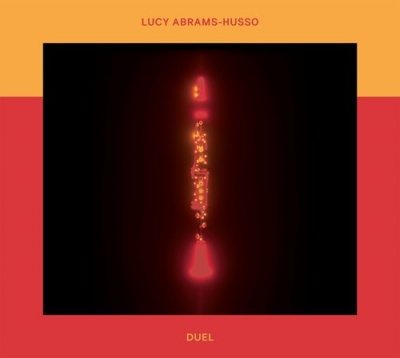